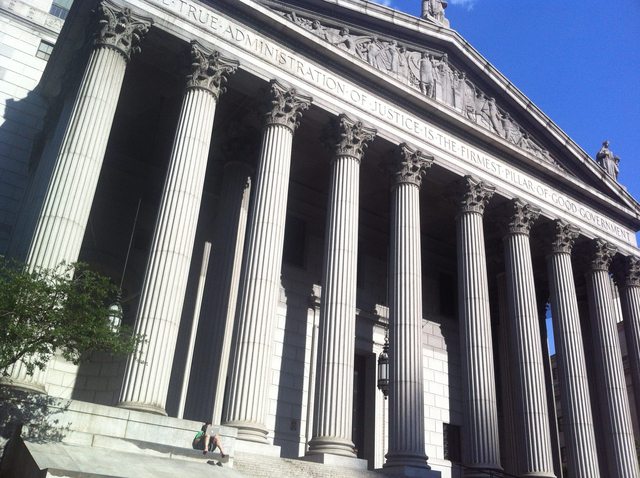 As a matter of pure legal reasoning, the Supreme Court's decision in Bristol-Myers Squibb Co. v. Superior Court of California, No. 16-466 (June 19, 2017), is not that controversial. It is after all an 8-1 opinion. But controversial or not, the Opinion will have a halting impact on mass tort litigation nationwide, as the Court continues to narrow the scope of personal jurisdiction State courts may exercise over out-of-state companies.

Justice Alito begins the majority's Opinion with foundational principals. The State's ability to exercise authority over a non-resident defendant is limited by the Fourteenth Amendment's Due Process Clause, which requires strong enough ties between the defendant and the forum State that it's fair for the company be made to defend itself there. There are two ways this can happen, the Opinion explains. First is general jurisdiction, where the defendant's business is so intertwined with the State it can be sued there for any and all claims. Second is specific jurisdiction, where the defendant has had enough specific contact with the forum State as it relates to the plaintiff's claims that it can fairly expect to be sued there.

The Court has already limited when a company can be subject to the all-encompassing general jurisdiction in Daimler Ag. v. Bauman, 571 U.S. (2014). In Bristol-Myers, it turned its attention to specific jurisdiction.

Almost 600 plaintiffs from 32 different States joined 86 plaintiffs to sue Bristol-Myers Squibb (BMS) in California state court. They claimed injuries resulting from their use of Plavix, a prescription blood-thinner manufactured and sold by BMS. Faced with BMS's arguments that the state court lacked personal jurisdiction to hear the non-residents' claims, plaintiffs pinned their claims on either general or specific personal jurisdiction. They lost the first argument against the New York and Delaware-based BMS after Daimler was handed down.

But the California Supreme Court upheld specific jurisdiction over BMS on the non-resident's claims. There was no serious argument but that BMS was subject to specific jurisdiction for the resident plaintiffs' claims because their injuries occurred in California. So the non-resident plaintiffs argued that because their claims were identical (even if not suffered in California), it would be perfectly reasonable and fair (and thus constitutional) for the State court to hear their claims too. The California high court agreed, using a "sliding scale approach" to specific jurisdiction that relied on the identical nature of the claims and the "wide ranging" contacts BMS had with the State.

The Supreme Court reversed that decision and rejected the "sliding scale approach" California had adopted. It made clear that the forum-related activity must be connected to claims of each plaintiff, not just those of the resident plaintiffs. To hold otherwise, the Opinion went, would effectively create a new, less stringent form of general jurisdiction.

Interestingly, the Court went out of its way to point out that Bristol-Myers is a Fourteenth Amendment case applying only to questions of state court jurisdiction. It left open whether the same analysis would apply to a federal district court under the Fifth Amendment's Due Process Clause.

Practice Tip. Bristol-Meyer's impact has already been felt. Just a day after it was handed down a Missouri a state trial court dismissed the lawsuits of non-resident plaintiffs in the talcum powder products liability cases against Johnson & Johnson in St. Louis. And hundreds of millions of dollars in verdicts from mass tort cases now on appeal may be at risk if personal jurisdiction has been raised on appeal and if the non-resident plaintiffs cannot find a way to distinguish Bristol-Myers from their circumstances.

As the Opinion hints,Bristol-Myers is distinguishable if there is a connection between the non-resident's claims and the defendant's forum contacts. Litigants no doubt will be asking questions like: Was the product manufactured or designed in the forum State? Did plaintiff purchase it there? Did the out-of-state company contract with a company in the forum to do any of the work that was alleged to have contributed to the plaintiff's injuries?